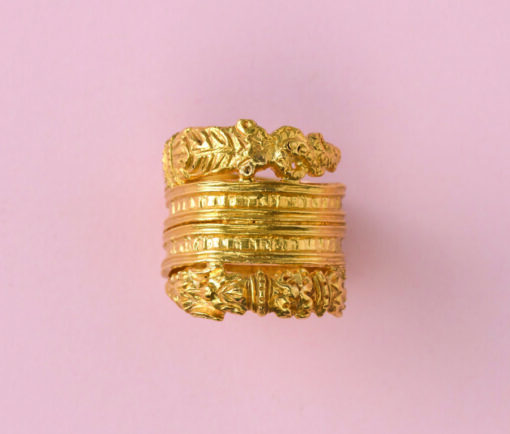 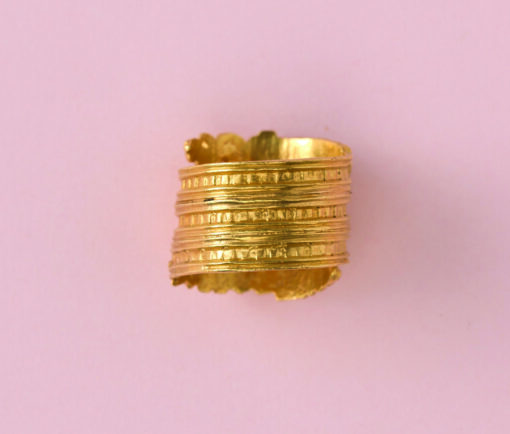 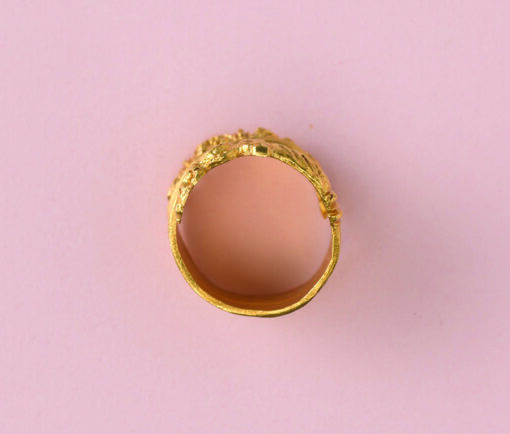 A high-carat gold ring with a long spiralling band with horizontal grooves and a chased pattern of vertical stripes. The tips of the spiral are decorated with a dragon’s head on one end and a meandering snake like dragon’s tail on the other end. The animal is intricately ornamented, as is the band of the ring. The snake or dragon’s tail is embellished with a dotted pattern, while the dragon is crafted with great attention to detail, Flandres, circa 1600.

Snake jewellery from the 3rd century has been found in Scandinavia. Later, when the Vikings ruled, many exquisite works were found dating from the so-called Vendel Period (550-800).  The best-known dragon in Scandinavian folklore is the Midgard serpent. In Norse mythology, this creature is the symbol for our world.

This dragon ring ring can be placed in a folk tradition, and it was most likely used as a wedding ring. According to oral tradition, this ring was found in the province of Drenthe by the well-known Dutch writer Louis Couperus (1863-1923), which makes it all the more exciting.