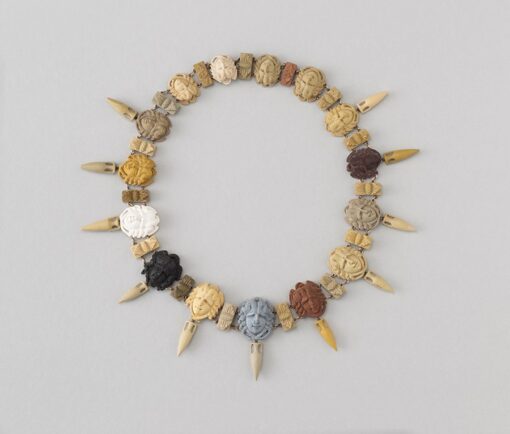 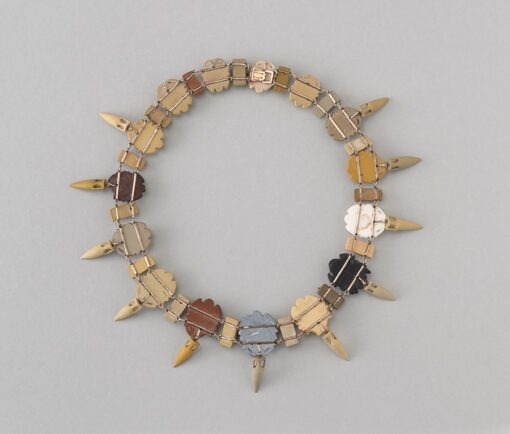 lava necklace with cameos of Medusa

A 9-carat gold and lava necklace with 15 carved cameos featuring the head of Medusa with amphoras below and square elements with acanthus leaves in between. The cameos are made of different colours of lava, which is a magnetic rock made of solidified volcanic ash. Italy, circa 1900.

Medusa is an example of punishment for forbidden love. Once a beautiful and chaste priestess to the goddess Athena, Medusa was cursed for breaking her vow of celibacy with the sea god Poseidon. Upon finding this out, Athena punished Medusa by turning her into a greenish monster with snakes as hair. Anyone who looked at her would turn into stone; this way Medusa would never know love again. According to the earlier Greek mythology, Medusa had always been a monstrous gorgon and her snake hair had healing powers: images of her were used to ward off evil.