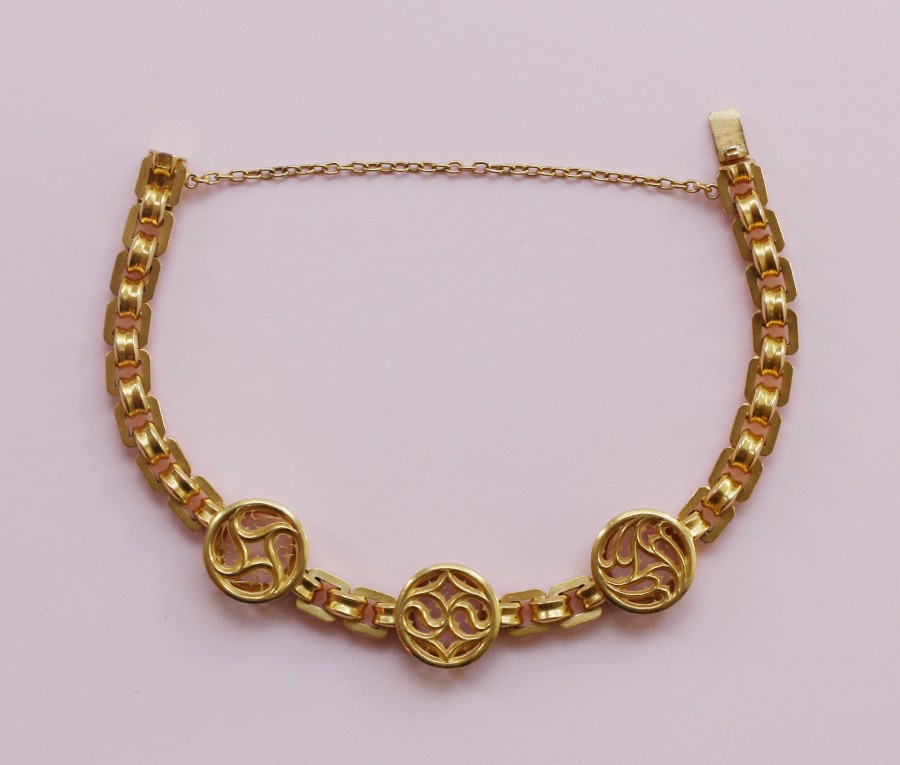 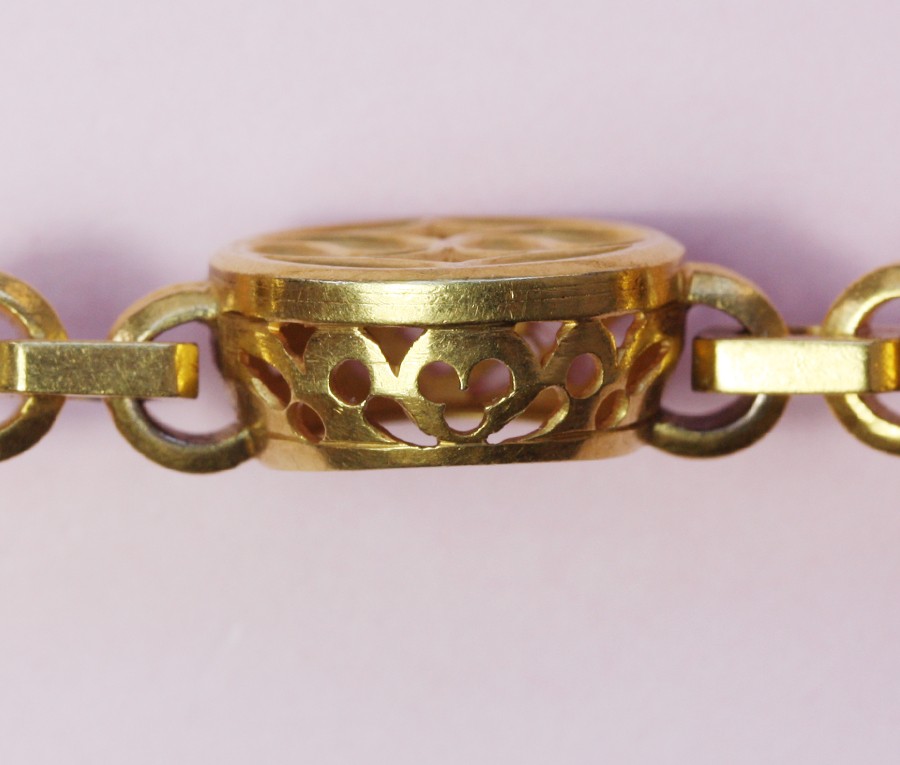 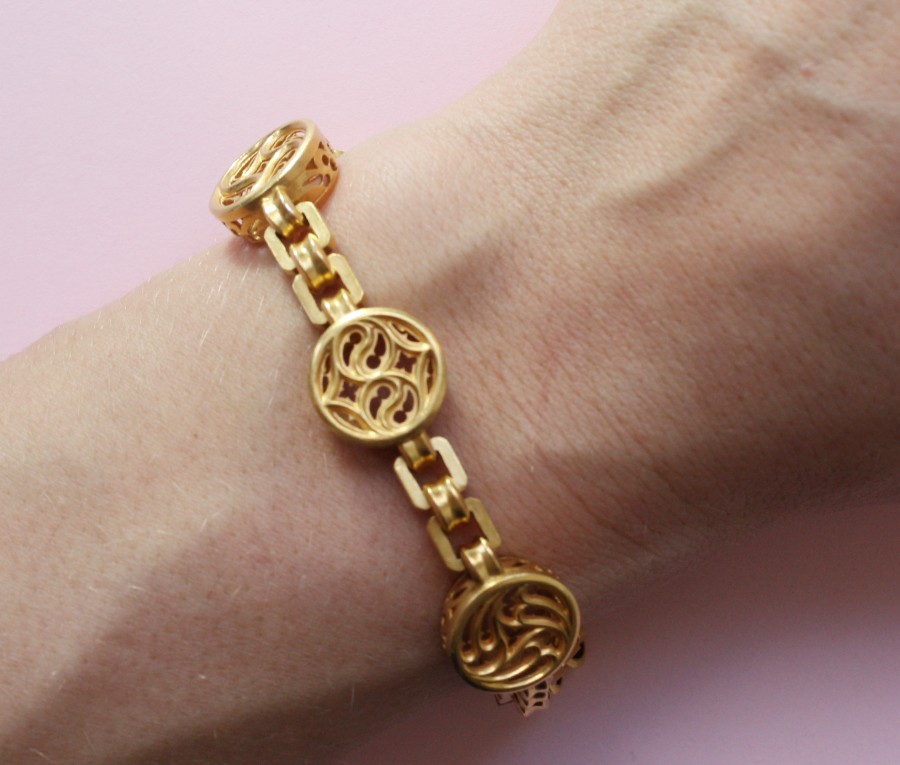 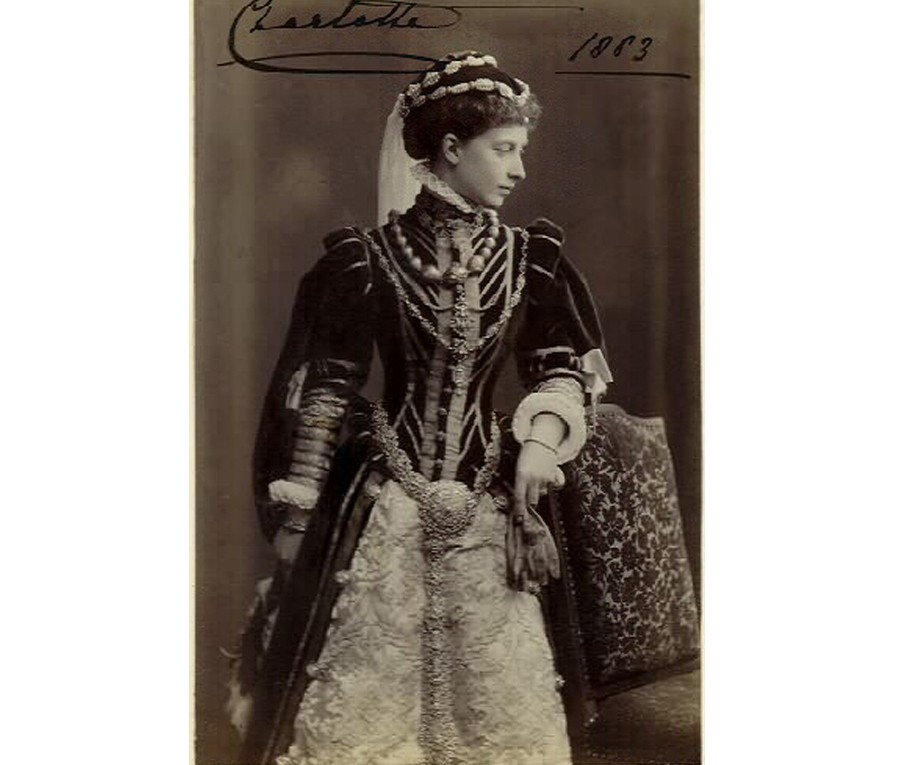 An 18 carat gold hand chased bracelet with three round neo gothic ornaments, with a safety chain, attributed to Wièse, circa 1878, France.

According to oral tradition this bracelet was bought at Wièse, Rue de Richelieu in Paris for the occasion of the marriage in 1878 of Princess Charlotte of Prussia, (1860 – 1919) with Bernhard III, Duke of Saxe-Meiningen who was the last reigning duke of Saxe-Meiningen which is the Southwest of present Germany. Charlotte subsequently gave the bracelet to her cousin Victoria Eugenie of Battenberg, Queen of Spain, both ladies were granddaughters of Queen Victoria (Charlotte was princess Victoria’s daughter and Victoria was Princess Beatrices daughter). Victoria of Bettenberg in her turn left the bracelet – together with Princess Breatrices’ family jewels – to relatives whom we have bought it from.

The bracelet bear no marks, neither the Wièse master’s mark, nor any French mark. It used to have the original box noting: Wièse, 90 Rue de Richelieu, Paris. Of course it is odd that there are no marks since these were absolutely obligatory in France, but maybe it was a special order.