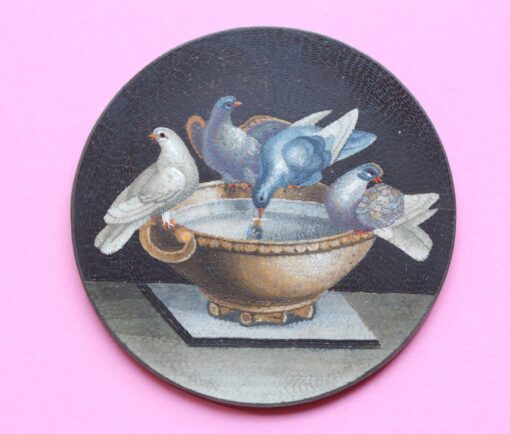 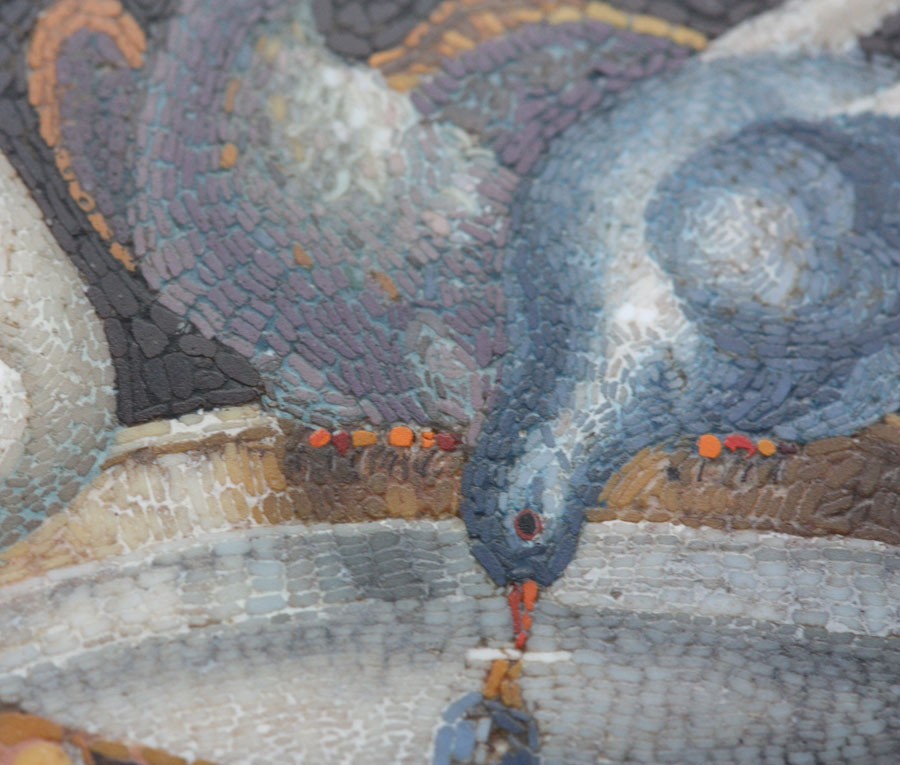 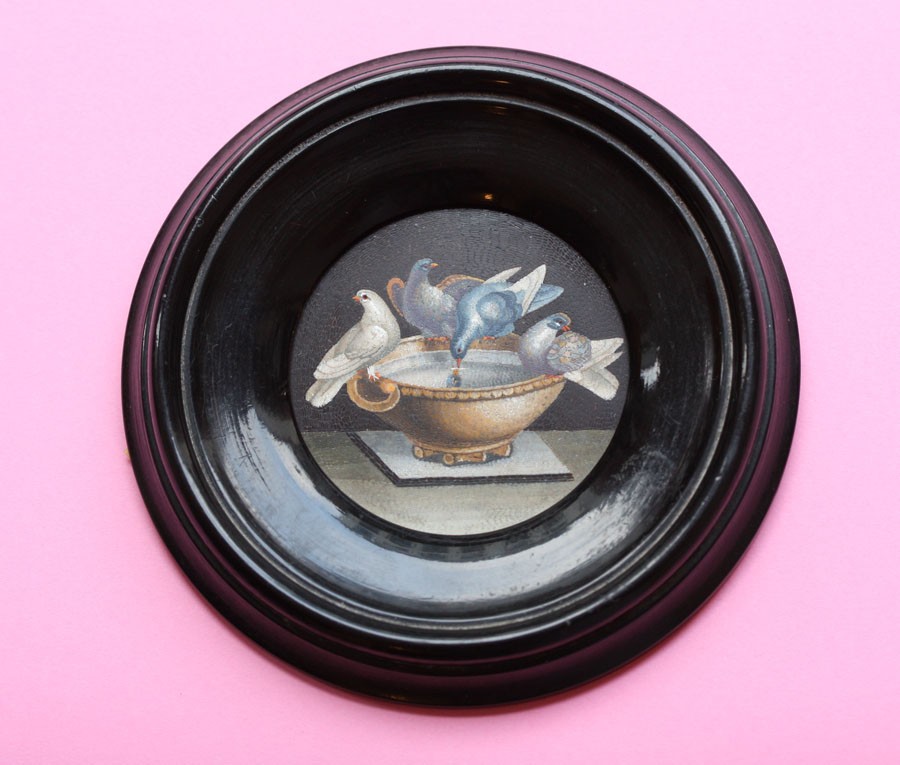 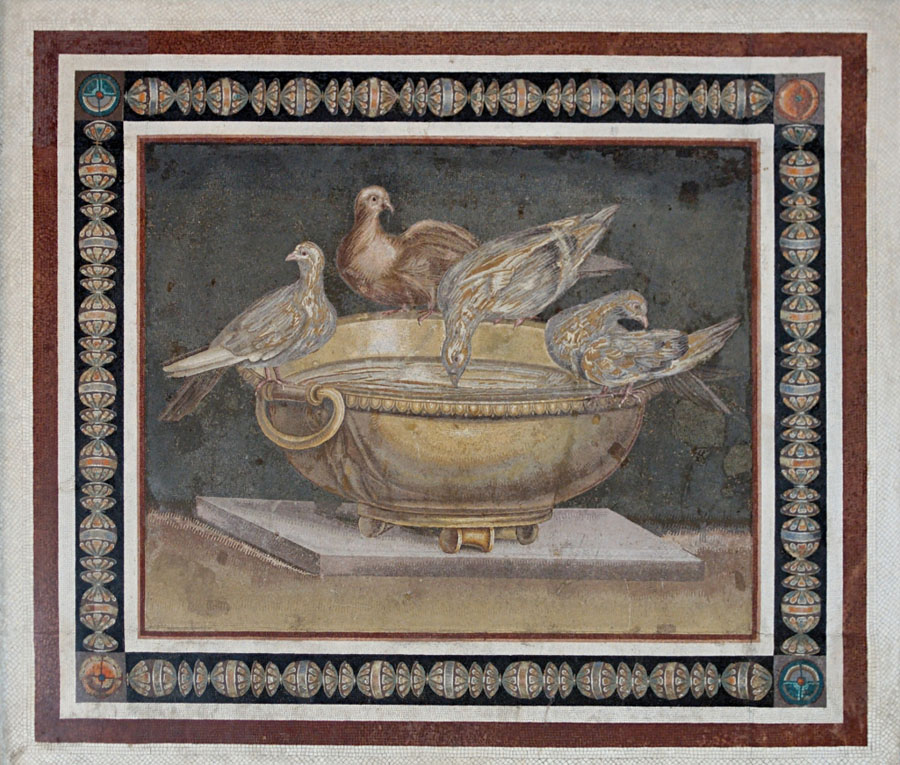 A micromosaic made of tiny glass threads (tesserae) in different shapes and shades representing the doves of Pliny, Rome, circa 1830.

Although the Vatican Mosaic workshop, dedicated to replace the paintings from St. Peter’s with mosaic, had been founded in 1576, it was the discovery of a fragment of mosaic pavement by the antiquarian Cardinal Giuseppe Furietti (1685 – 1764) during excavations at the Villa Adriana at Tivoli in 1737, which revived interest in Roman mosaics. In the 18th century the Roman micromosaic became extremely popular as art aswell as souvenirs. Furietti thought this mosaic to be the original mosaic described by Pliny the Elder by Sosos at Pergamon. Pliny wrote: “There is a dove, greatly admired, in the act of drinking, the shadow of its head reflected in the water, while the other doves are sunning and grooming themselves on the edge of the bowl”

Now one believes that Furietti’s find is a copy that was made for the Emperor Hadrian. Even so, the mosaic was purchased by Pope Clement XIII and is daily admired in the Capitoline Museum.