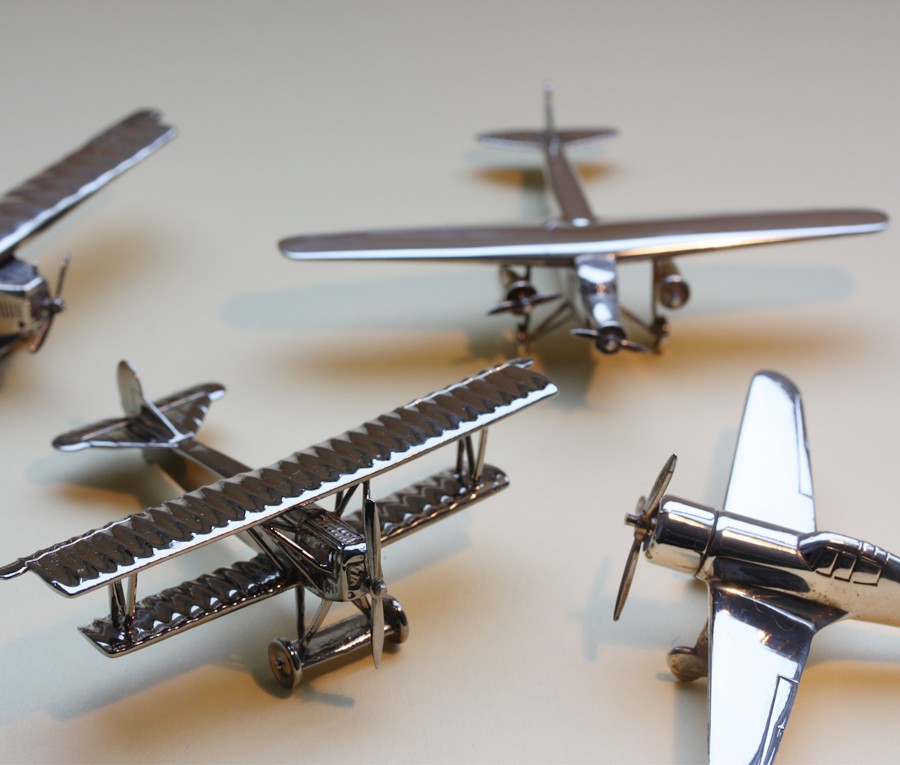 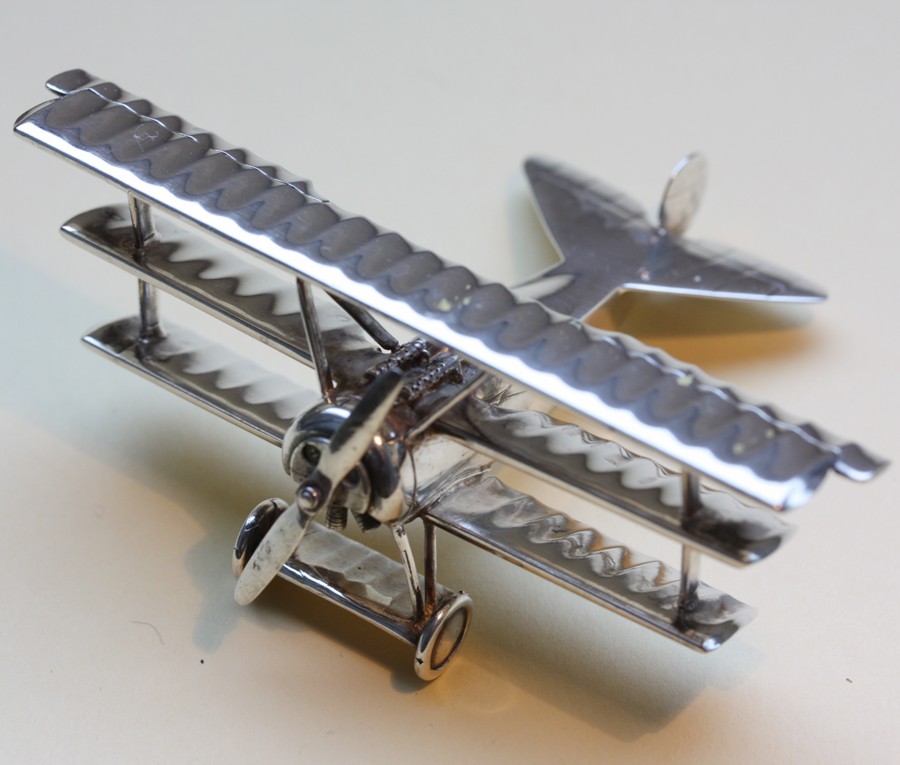 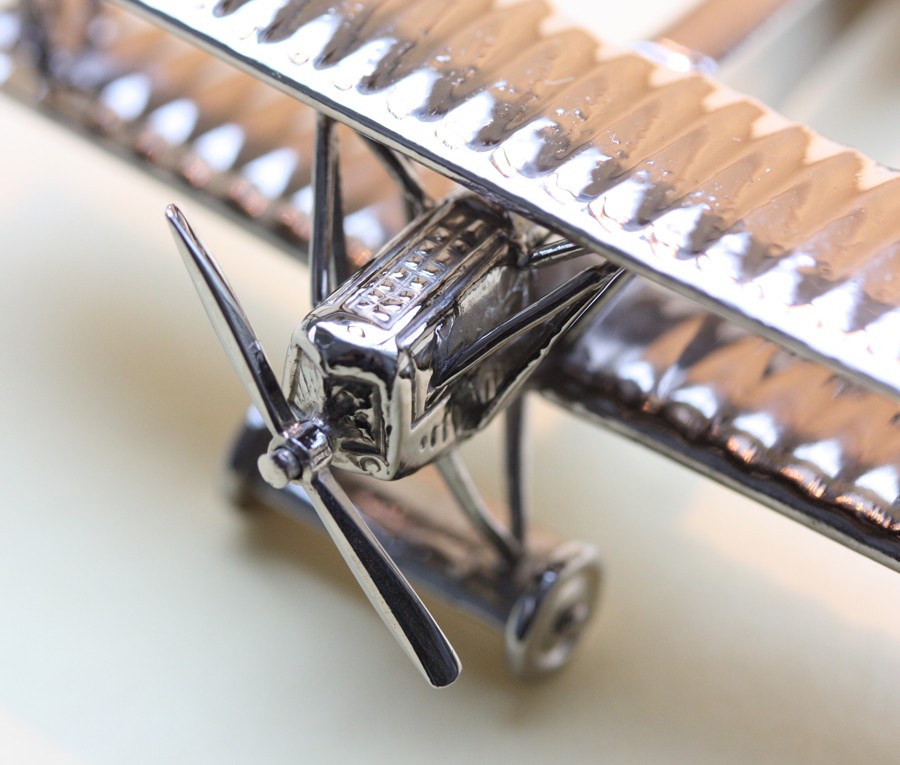 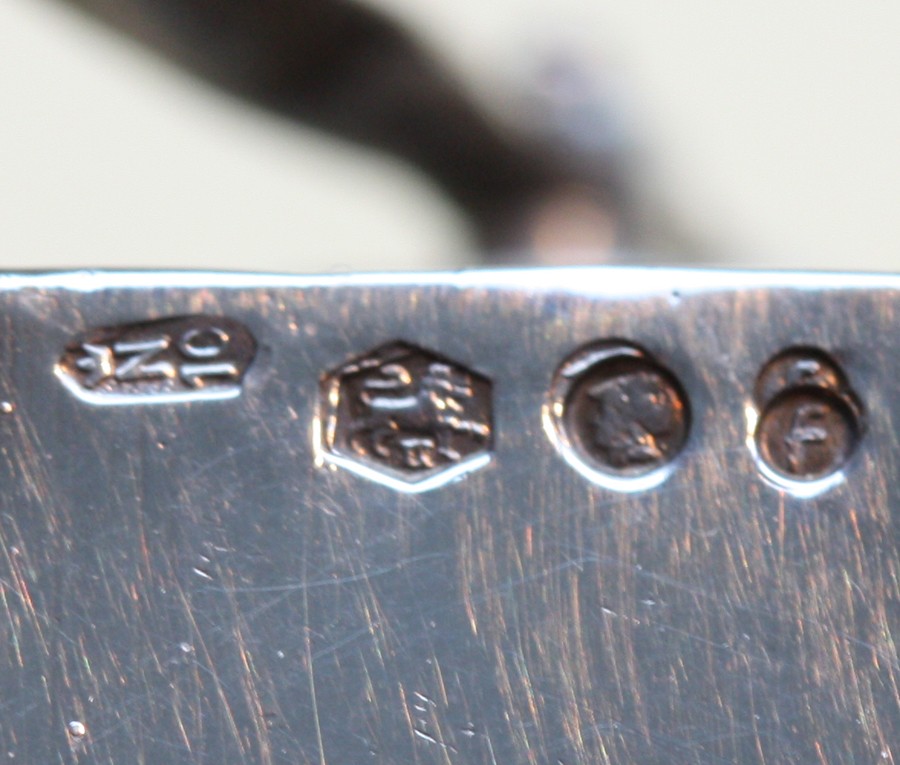 nine silver (837/1000) miniature Fokker airplanes, master’s mark for the company Niekerk from Schoonhoven, The Netherlands, all dating between 1987 and 1991.

Fokker was a famous Dutch aircraft manufacturer named after its founder, Anthony Fokker. The company operated under several different names, starting out in 1912 in Schwerin, Germany, moving to the Netherlands in 1919. During its most successful period in the 1920s and 1930s, it dominated the civil aviation market. Fokker went into bankruptcy in 1996, and its operations were sold to competitors. Rekkof Aircraft (“Fokker” backwards) is attempting to restart production of the Fokker XF70 and XF100, supported by suppliers and airlines.