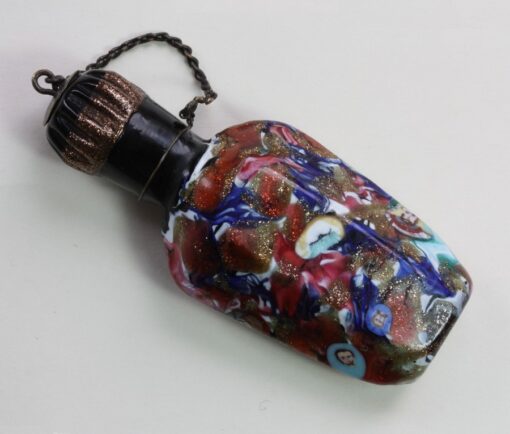 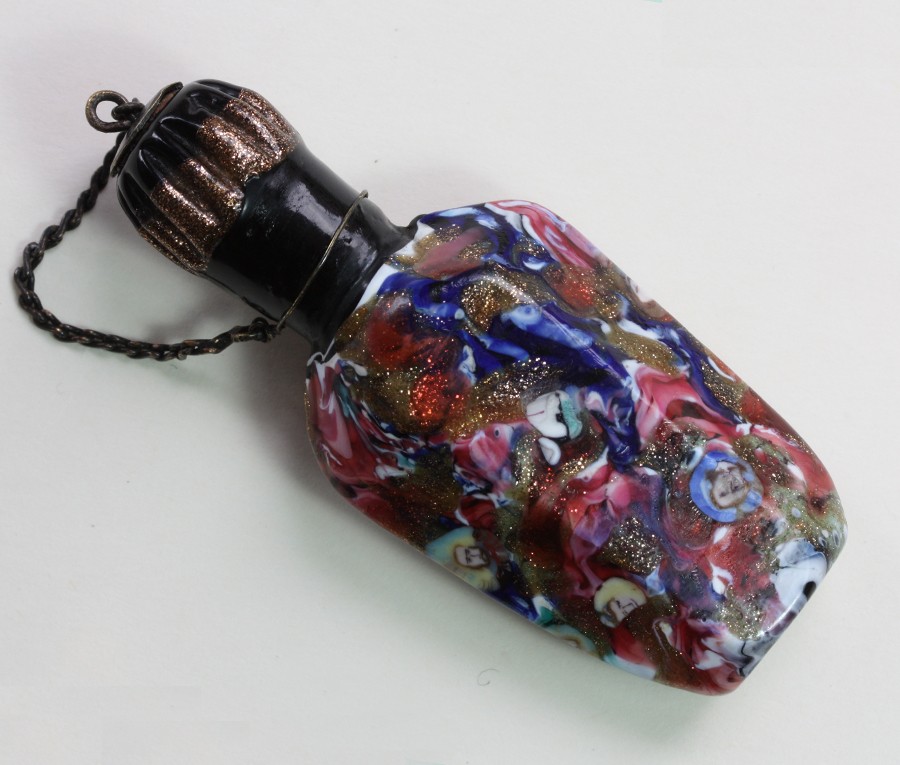 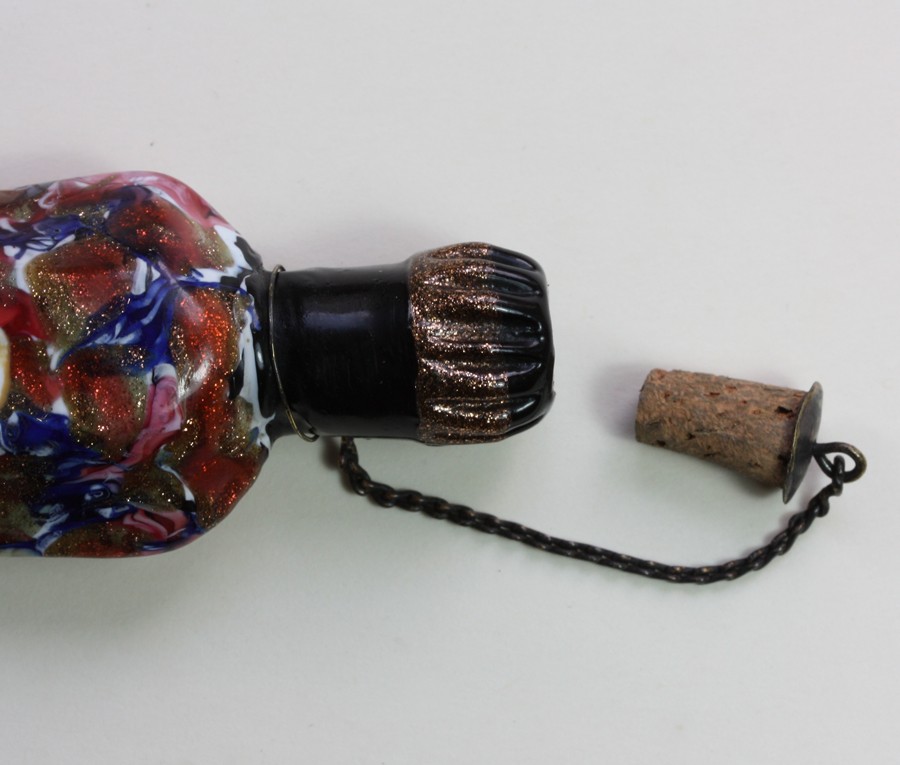 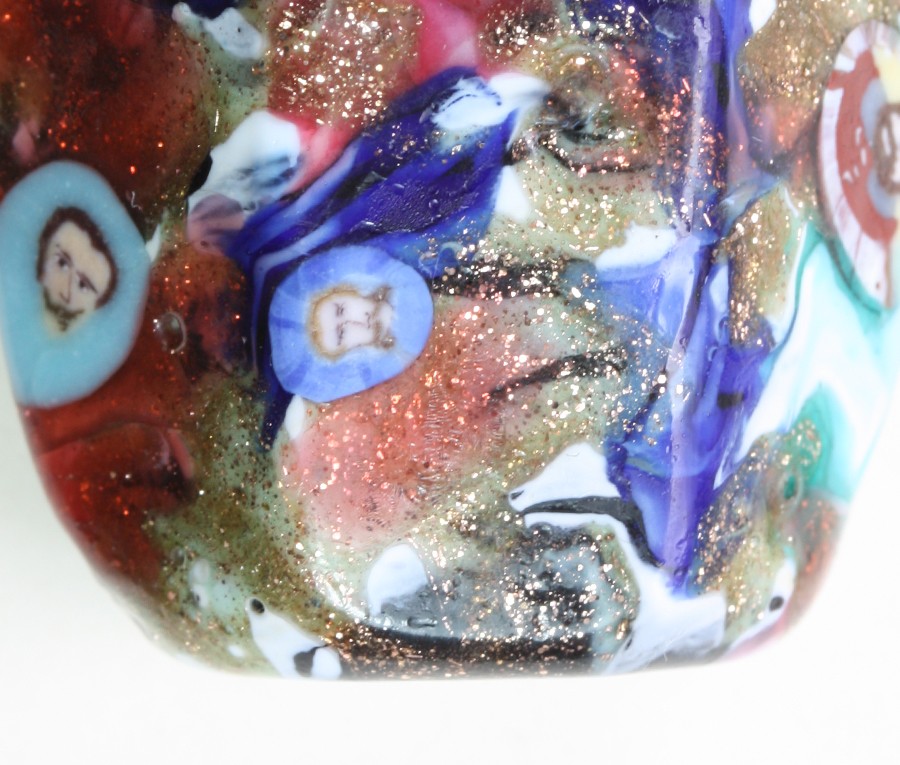 A hexagonal bottle multi colored glass with gold aventurine glass with a cork stopper with 9 portrait canes of among which: Cavour, Victor Emanuel, Garibaldi, Francis Joseph I and two gondola’s, mid 19th century, by: Pietro Bigaglia of Giacomo Franchini.

During the 1st century BC-1st century AD in Ptolemaic Egypt there were created extraordinary canes of glass that contained within (running their length) highly detailed figurative imagery in the manner of the murrine (millifiore) canes made today. Among this type of figurative mosaic glass cane work were half-images, which, when two slices were removed from a single cane and laid side by side, formed the representation of what are thought to be grotesque masks used by the actors of ancient Greek and Roman theater. Contemporary with these intricate canes, there were also produced beads with applied face cane slices. More elementary in design and execution than the mask representations, these faces were equally rare and unique.

In the middle of the 1800’s in Venice, Franchini, a beadmaker, began creating mosaic glass imagery in the manner of the Ancient Egyptians. It had taken circa 2000 years for this technique to be re-discovered. Franchini initially created a cane of a rosebud by starting with a simple design and adding additional details to it to build a more complex cane. He then went on to create a series of seven incredibly detailed miniature mosaic glass portrait canes of contemporary Italian political figures. His portrait of Count Cavour is about 1″ in diameter. After completing his last portrait, one of the Emperor Franz Joseph, Franchini was placed in an insane asylum, where he died, and the secrets of how he created his amazing portraits died with him.

Dinah Hulet – www.dinahhulet.com – is among a small group of contemporary glass artists who has revived this technique, please go to her site and behold her miraculous work.