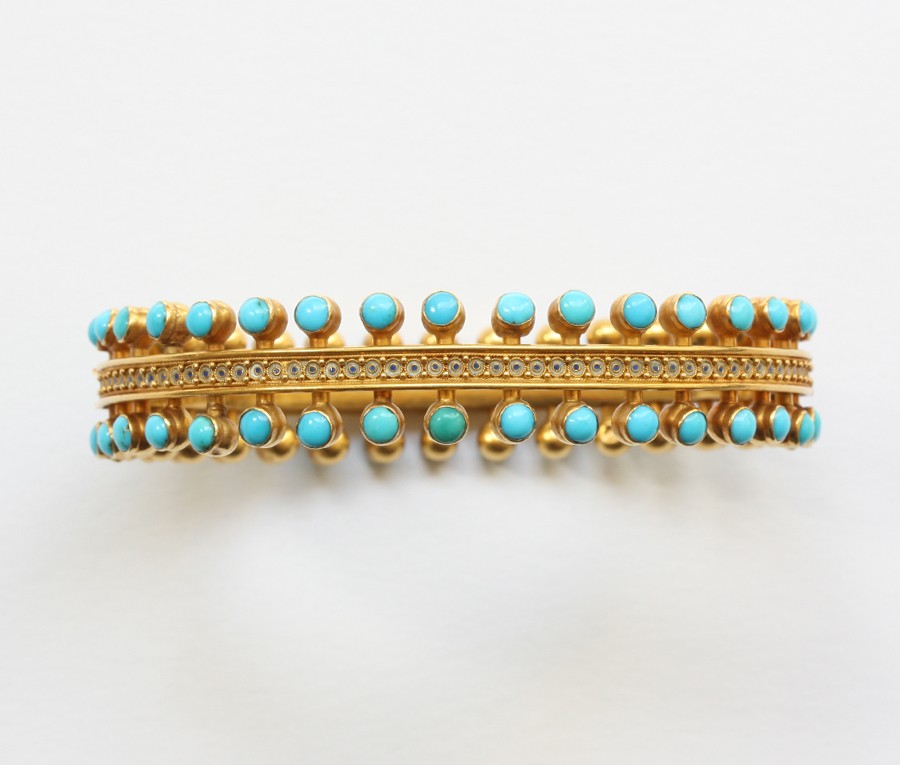 Founded in 1839, Phillips Brothers was located at 31 Cockspur Street, London, and was run by Robert Abraham and Magnus Albert Phillips. The firm became known as Phillips Brothers & Son in 1869 when Robert’s son Alfred joined his father. Robert Phillips knew both Fortunato Pio Castellani and Carlo Giuliano and was himself called the English Castellani. He was one of the most important London jewellers working in the Revivalist style. Themes were drawn from a wide range of antiquities from various historic periods

Only in England did Revival styles comprise Assyrian and Scandinavian art. Phillips was influenced not only by Sir Henry Layard’s excavations at Nineveh, but was also drawn to Assyrian art. Superb examples of surviving Assyrian relief carving can be seen in the British Museum and The Metropolitan Museum of Art, as as well some jewels by Phillips reinterpreting them.

Robert Phillips won a gold medal at the 1867 Paris exhibition for his range of archaeologically inspired jewellery and coral jewels. In 1870 the firm even advertised that it boasted ‘the most complete collection of fine coral work in the world’. Robert Phillips received the Order of the Crown of Italy for his services to the coral industry in Naples. Robert died in 1881, and Alfred took over the business in 1884. After his death in 1900 the firm was sold to the jewellers D & J Welby, of Garrick Street, in 1902.