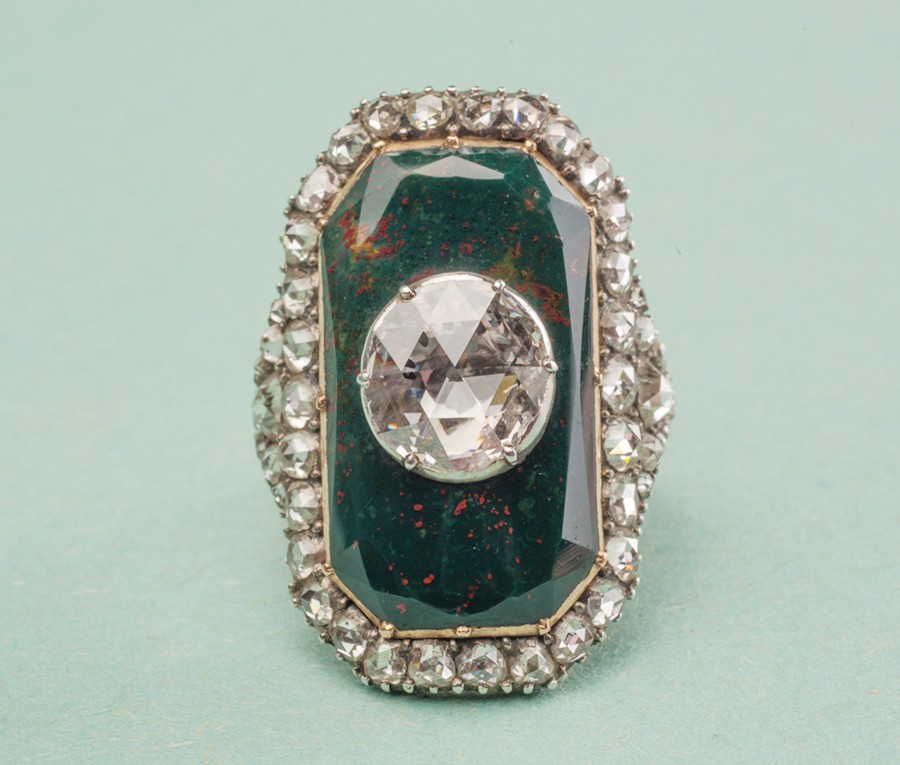 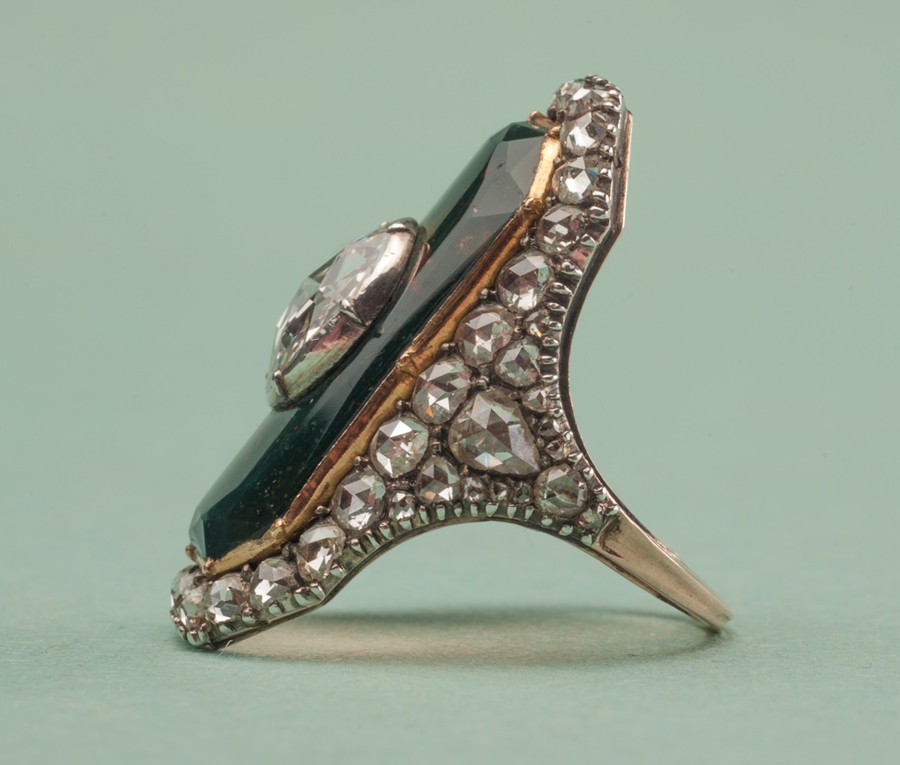 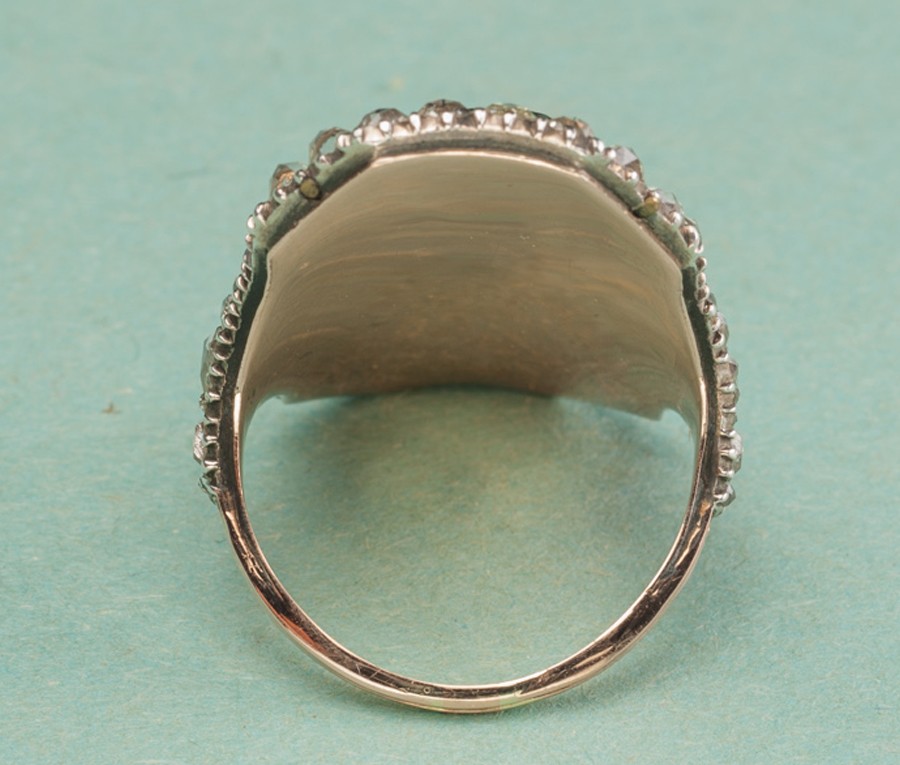 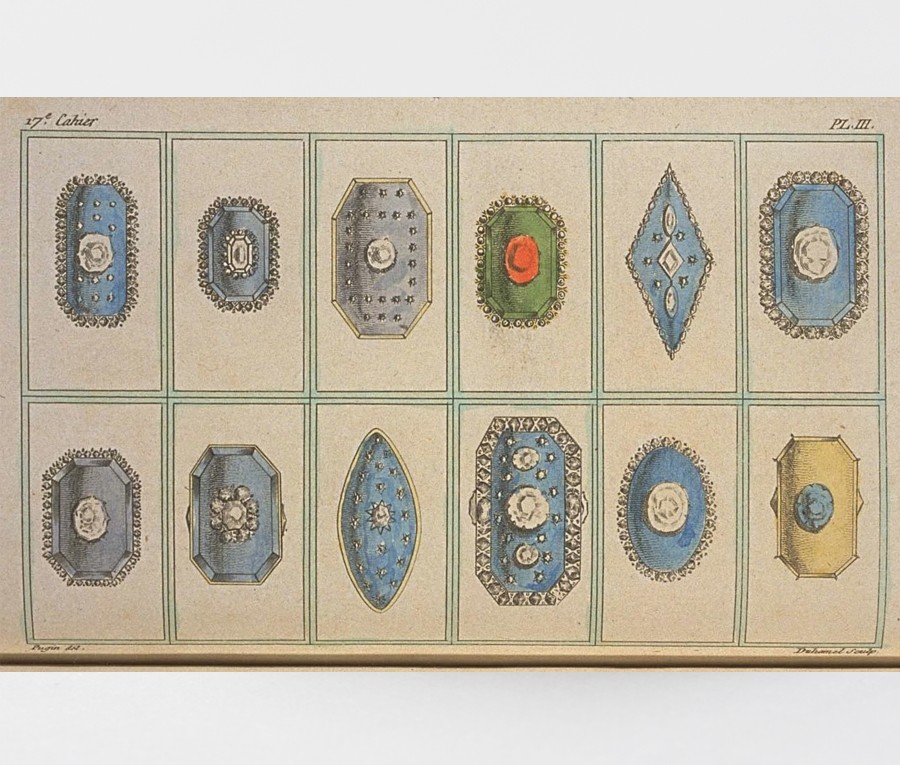 These large rings were worn by men as well as women in the time. After the birth of the Dauphine in 1785 large rings with one big center stone were called: ‘Bague à l’Enfantement’.

The print of this wonderful ring chart was published in the “Cabinet des Modes ou les Modes Nouvelles”, 15 Juillet 1786, pl. III, A.B. Duhamel, Pugin, Buisson, 1786. It was drawn from the Shop of M. Moricand, Merchant Jeweler, residing in the place Dauphine, no. 30.

Our source of the following translation is the fashion blog: A Most Beguiling Accomplishment (For the study of historical dress; consisting of analyses of costume in paintings, translations of and research into fashion plates, and occasionally actual sewing) – http://mimic-of-modes.blogspot.nl/2014/03/cabinet-des-modes-17e-cahier-3e-figure.html:

The lozenge settings have four sharp points, or are little marked, and hardly form long ovals. The squared are long, or are perfect squares, and are all with cut angles. The compositions stones have a green, Sky blue, violet, puce, yellow, or grey ground.

You can make your choice from the Rings drawn in the Ring Chart represented in the IIIrd Plate; the colors seem to match well.”