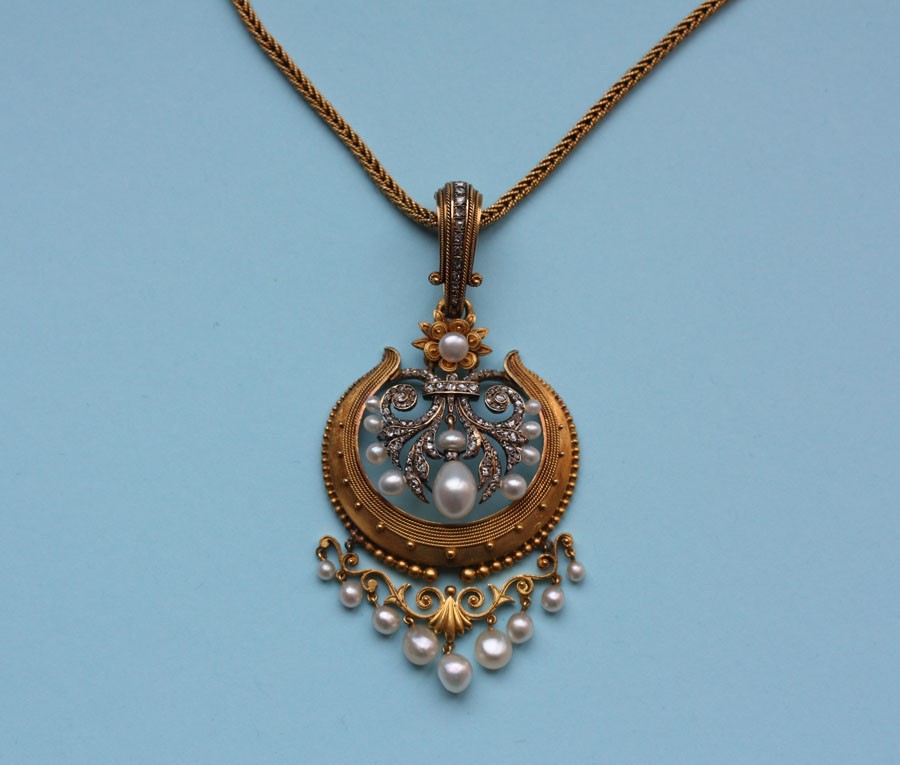 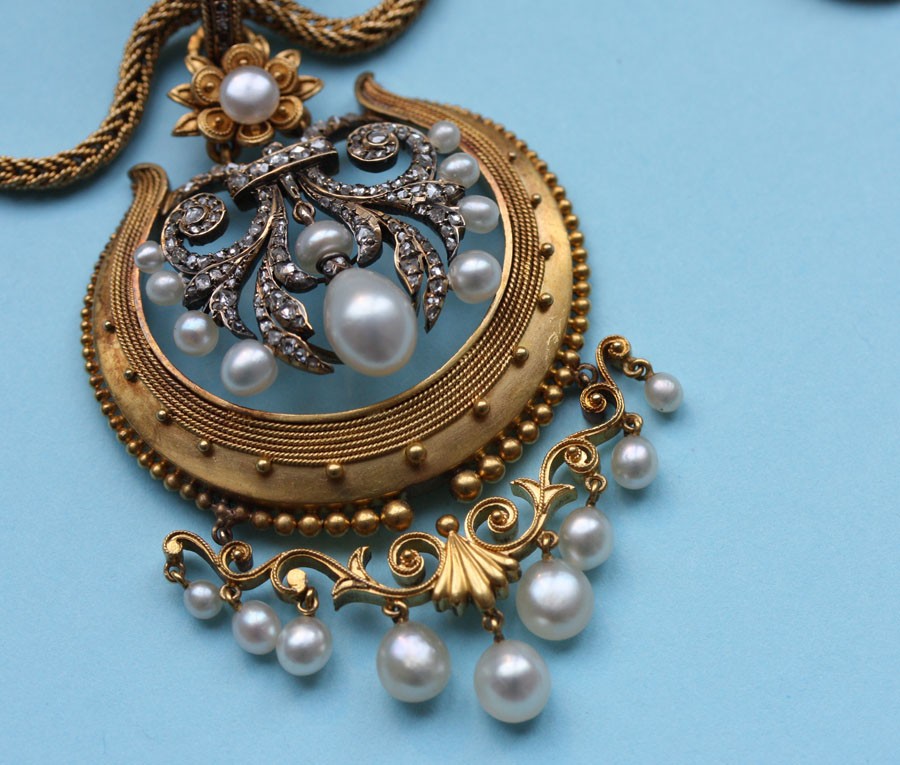 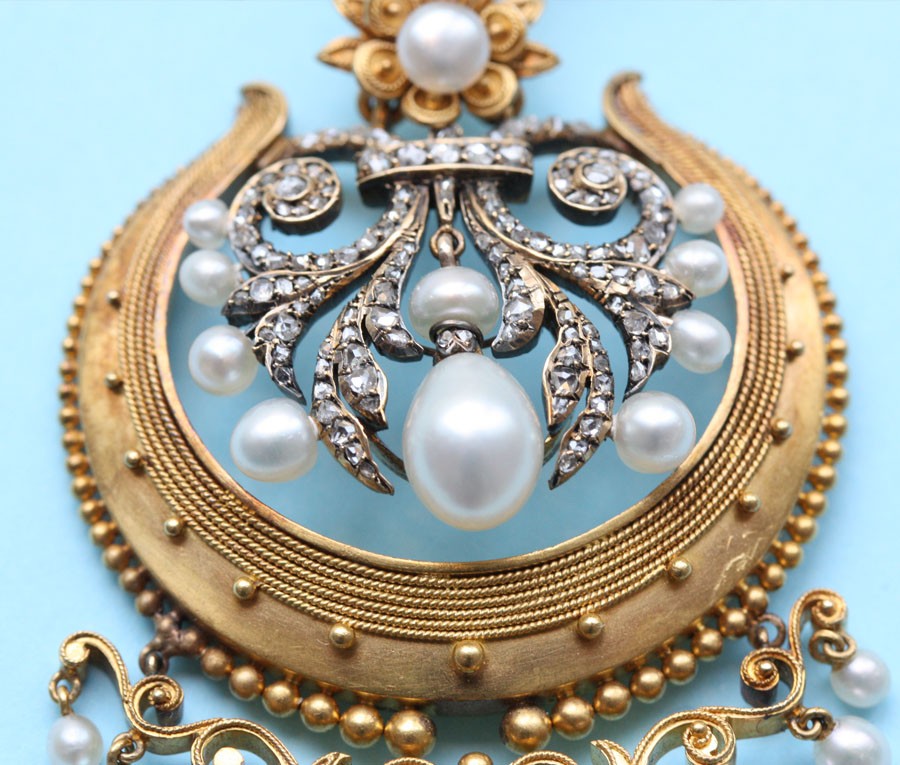 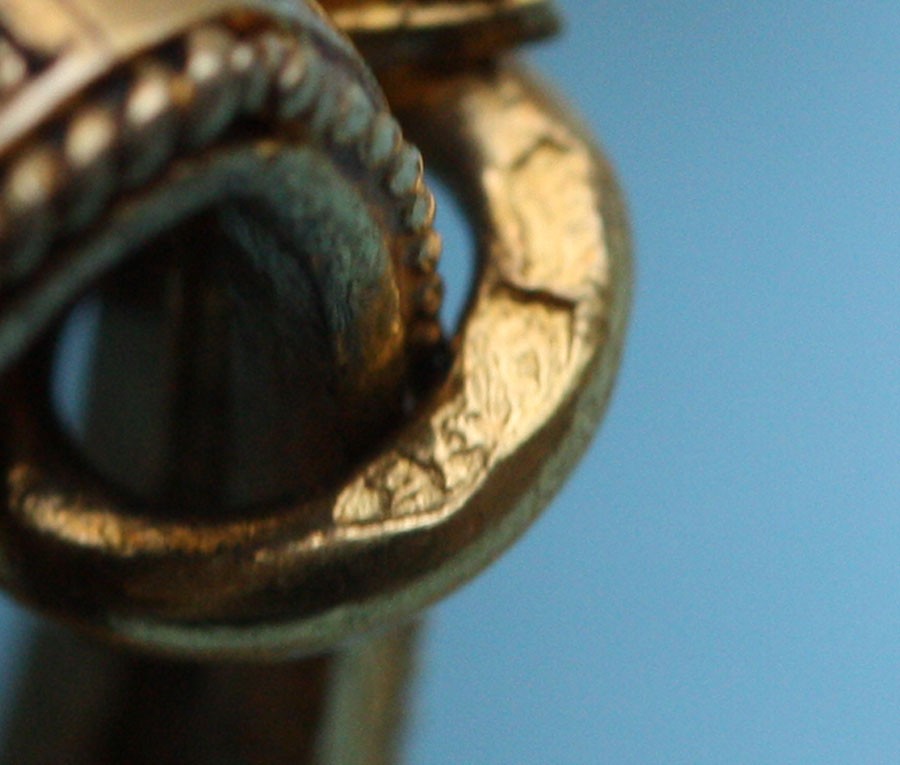 A beautiful and delicate pendant in 18 carat gold with granulation and filigree set with rose cut diamonds and natural pearls in neoclassical style, with the master’s mark of Eugène Fontenay, (1823-87), EF flanking a tea urn, France, circa 1870.

Eugène Fontenay (1823-87) was one of the foremost goldsmiths in France during the second half of the nineteenth century. He was a great admirer of the ancient techniques, and became best known for his outstanding work in the ‘archaeological’ style. Fontenay was no doubt inspired by the Campana collection of ancient jewellery, acquired by Napoleon III in 1860, and his firm produced much work in the antique style based on Greek, Roman and Etruscan examples. French jewellers tended not to copy antique models as closely as did the Italians, instead introducing a freer stylistic interpretation, for example in the use of diamonds, as in this pendant.