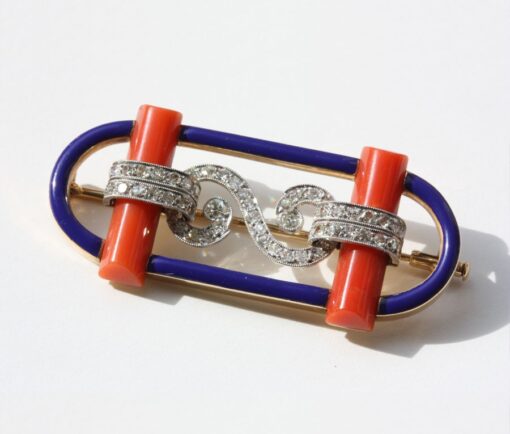 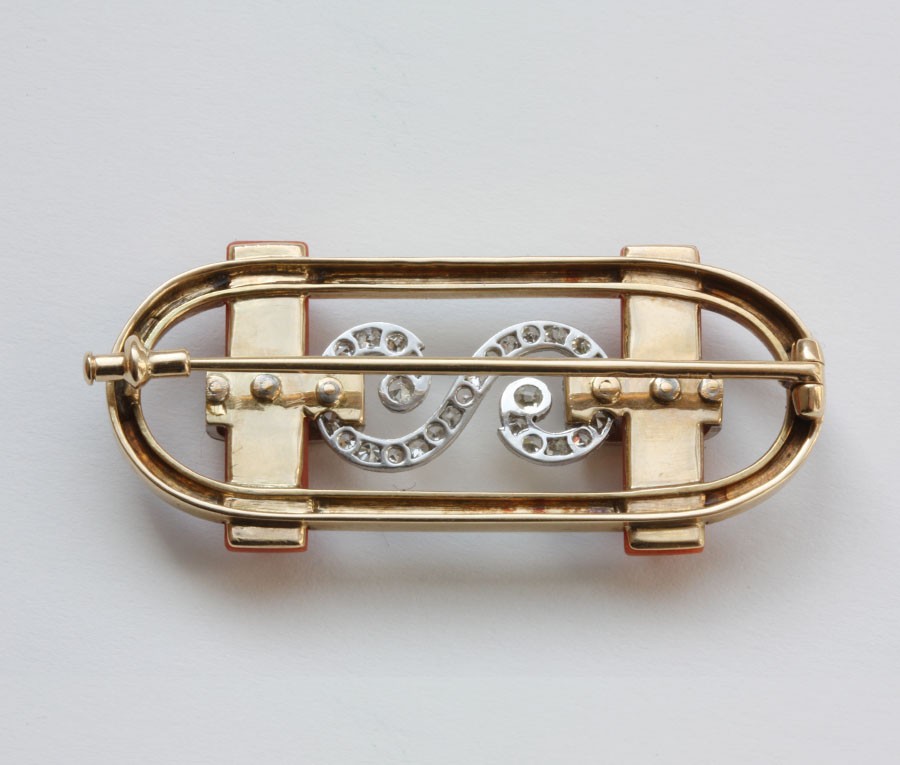 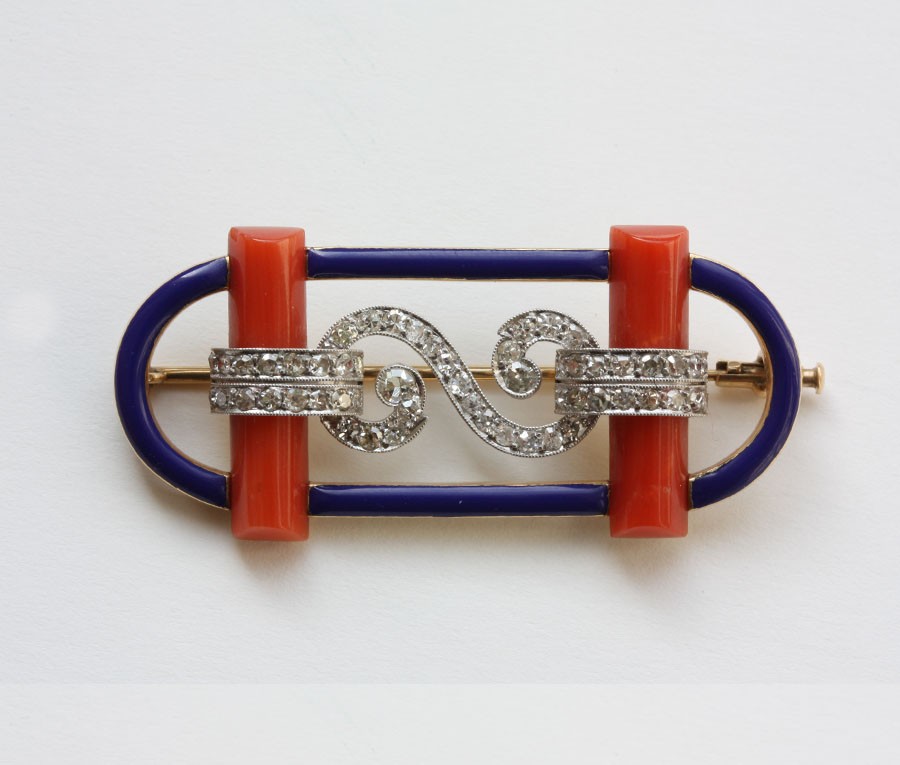 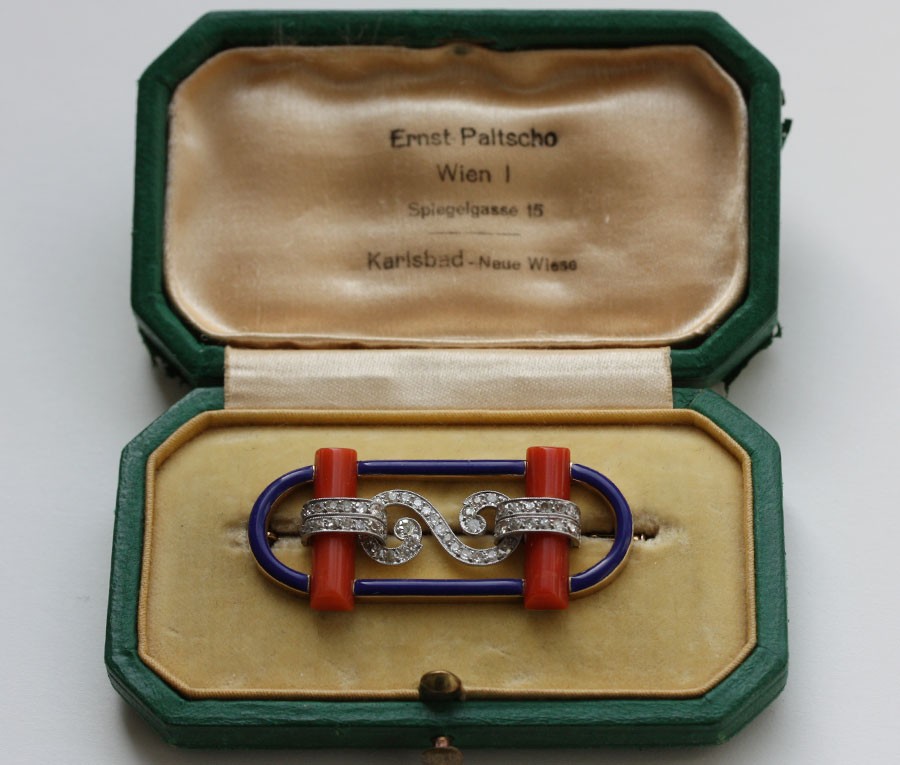 An 18 carat gold oval brooch of blue enamel on top of which are placed two coral panels connected by a ribbon of small single cut diamonds set in platinum, in original case, Master’s mark for: Ernst Paltscho, Vienna, Austria, circa 1925

Ernst Paltscho (1858-1929) founded the firm in 1899 in Vienna, Austria. Commissioned by the Greek Royal House, he was also patronized by many of the Austro-Hungarian aristocracy. His son Erwin joined the firm in 1918, and continued the business after his father’s death. In 1964, Paltscho was the sole Austrian firm to exhibit at the International Exhibition in New York. Paltscho became famous for their colorful carved hardstone jewels. For another example by Paltscho see C. Gere (et.al.), The Art of The Jeweller, A Catalogue of The Hull Grundy Gift to the British Museum, Vol. I, p. 190, no 1178 and Vol. II, p. 319, no. 1178 and color plate 63.