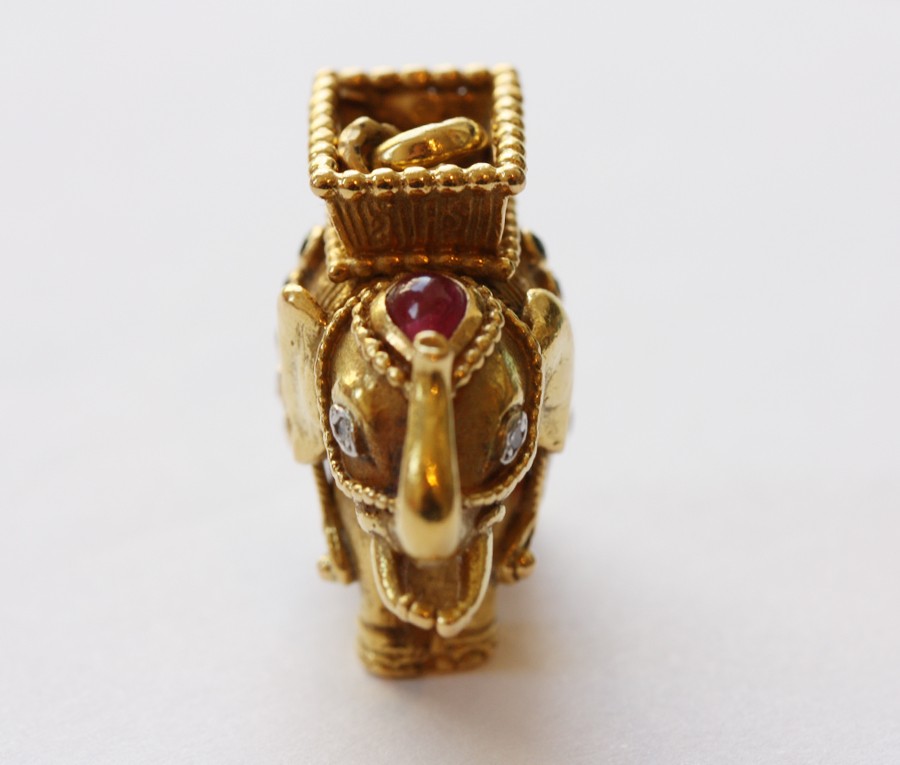 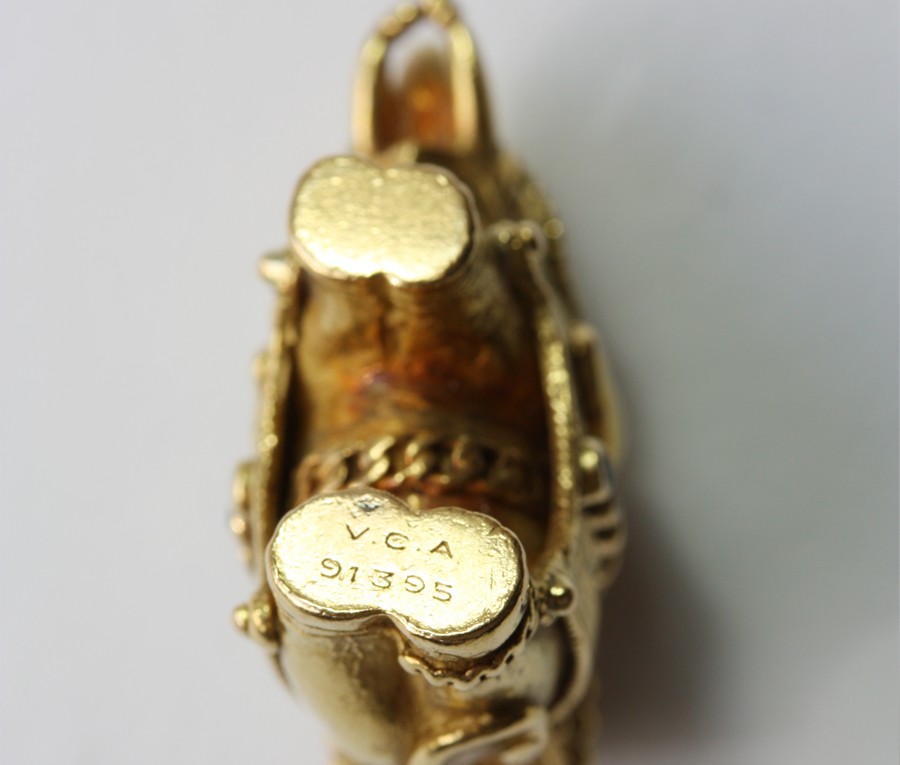 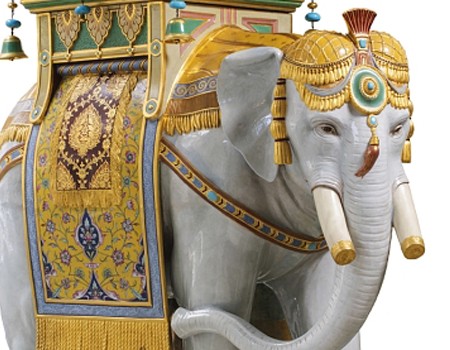 A French 18 carat gold elephant luck charm with a basket on its back that is called a Howdah, or Houdah, which literally means ‘bed carried by a camel’. This kind of seat was used to convey wealthy individuals parading or hunting, in wartime or during religious processions. It was also a symbol of wealth for the owner, and as a result was decorated with expensive gems, as can be seen on the sides and head of this gem of a charm. The belt attaching the Howdah is decorated with five small round sapphires on each side (app. 0.1 carat in total), the elephant’s forehead is decorated with a pear shaped cabochon cut ruby drop, and two small brilliant cut diamonds represent the eyes (app. 0.02 carat in total); his tail is swaying. The elephant is signed and numbered: VCA for Van Cleef & Arpels, 91395.
France, circa 1960.

Elephants have featured in the religious beliefs of almost all religions for a long time. For example, starting with Buddhism, Buddha is said to have been a white elephant reincarnated as a human being, while the Romans believed that elephants were religious themselves and worshipped the sun and stars. In the Islamic tradition, the year 570 – when Mohammed was born – is known as ‘the Year of the Elephant’.

In modern Western society the elephant also symbolises great luck, respect and wealth. The trunk plays a major role in the superstitions involving elephants as well. The trunk of an ornamental elephant should always face up in Western cultures, though down in Eastern ones, in order to bring good fortune. In Western cultures it is believed that an upturned trunk ensures that good luck and prosperity will last forever, while a downturned one signifies mourning. Our little elephant’s upturned trunk stands for everlasting luck and happiness.

The reference photo is of a large also beautifully decorated ceramic elephant modeled by Thomas Longmore and John Hénk and produced by Minton and Co., which was first exhibited at the 1889 Exposition Universelle. This bejewelled elephant carries a magnificent Howdah with Mughal style textile designs and awaits a royal occupant.