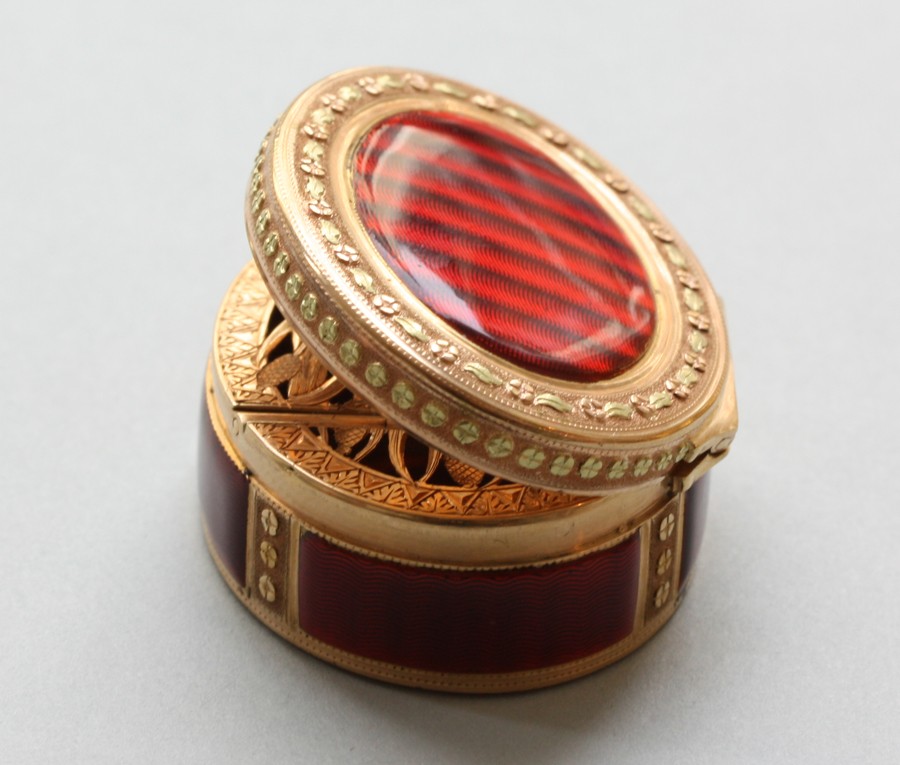 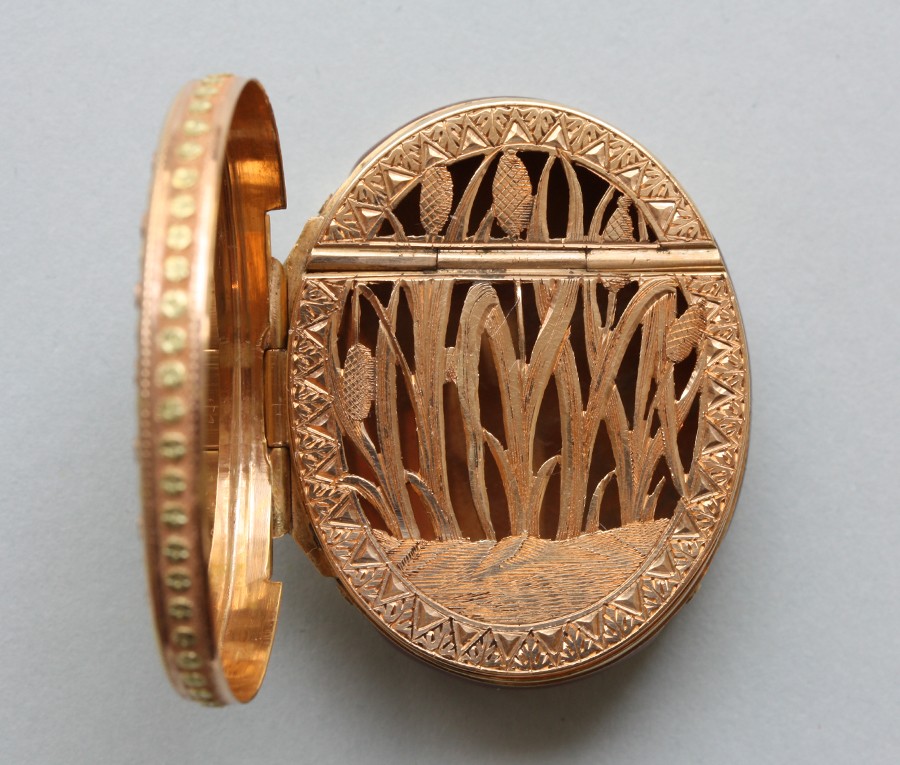 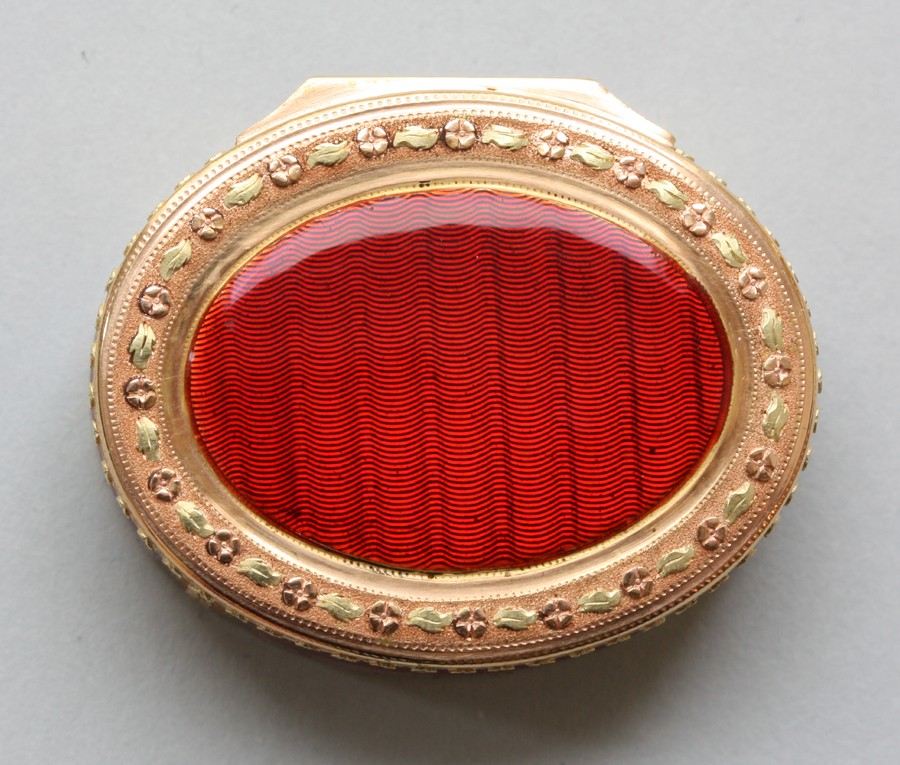 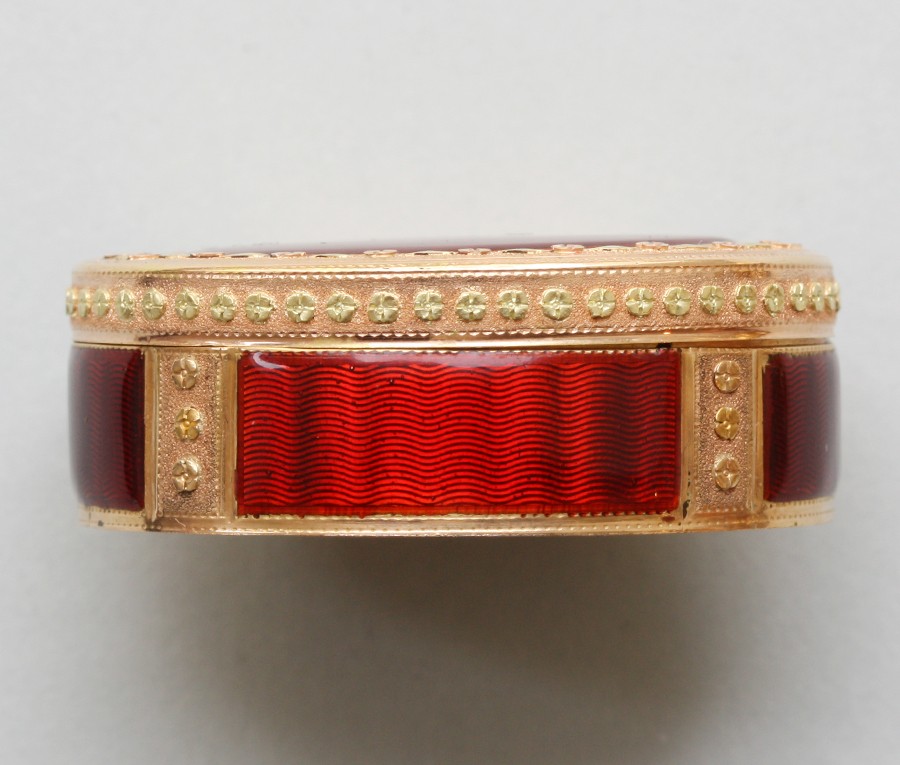 A ‘vinaigrette’ in the shape of a small tobacco box. In 18- carat, two- colored, gold (rose and green), it is studded with flower decorations. Marked with two eagles, warranty mark for gold Paris after 9 May 1838. (Master’s mark illegible.), France, 18th century or early 19th century.

Vivid, transparent bright red enamel over guilloche engraving on top, bottom and the four side panels. Inside, the engraved ‘grille’, takes the form of bulrushes seeming to reach for the sun.

Vinaigrettes have their origin in pommanders which date to ancient times. The earliest examples are ‘boîtes à parfum’ which appear around 1720. A little sponge was drenched in a perfume created on a base of vinegar, well known for its antiseptic and healing effect. Though they varied widely in appearance, all feature a startling contrast between their outside and interior design. In this example, for instance, there is the cool elegance of the box and the bold beauty of the grill. Very popular in the 18th century the use of vinaigrettes was out of fashion by the middle of the following century.