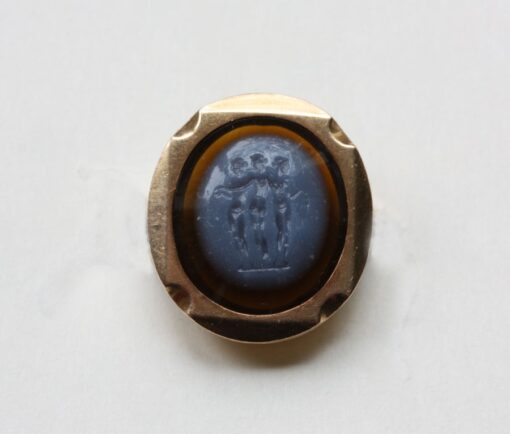 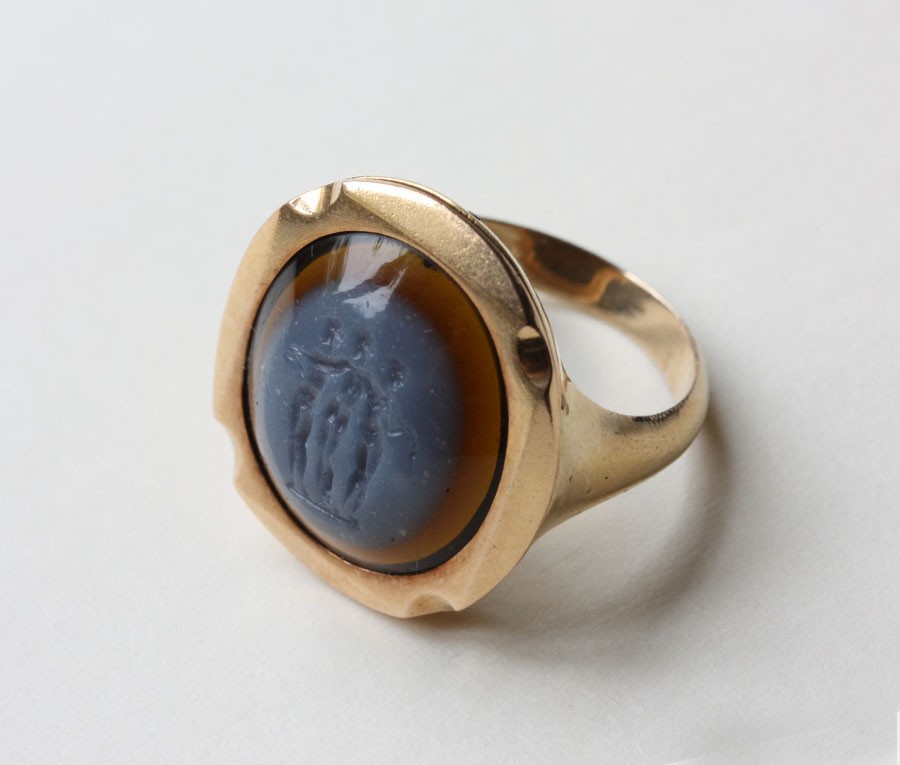 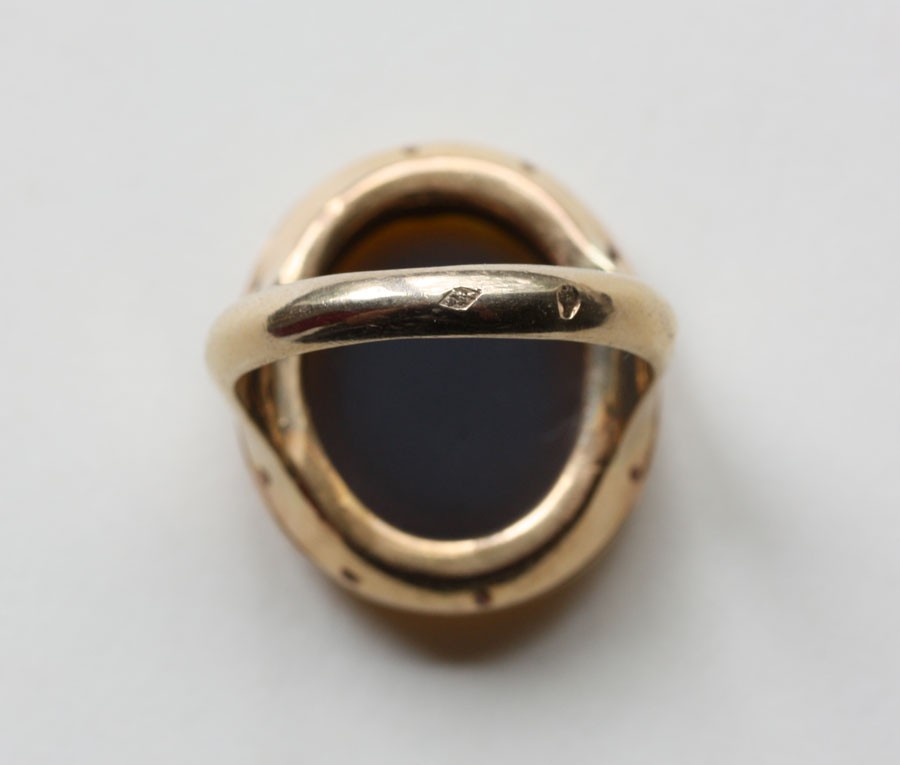 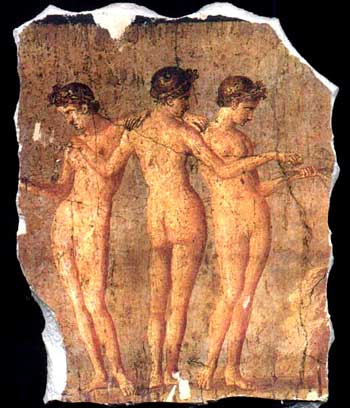 An 18 carat ring in neo roman style set with a glass intaglio that is a nicolo imitation representing the three graces. A nicolo is a Roman banded agate intaglio with a blue top layer and a dark brown bottom layer. France, 19th century.

As in this intaglio, they are usually depicted in classical sculpture as three naked women, holding hands and dancing in a circle.