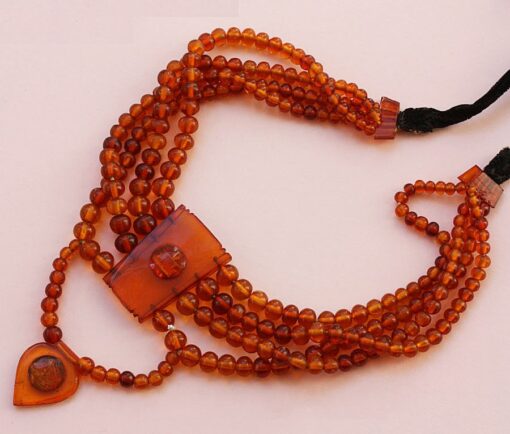 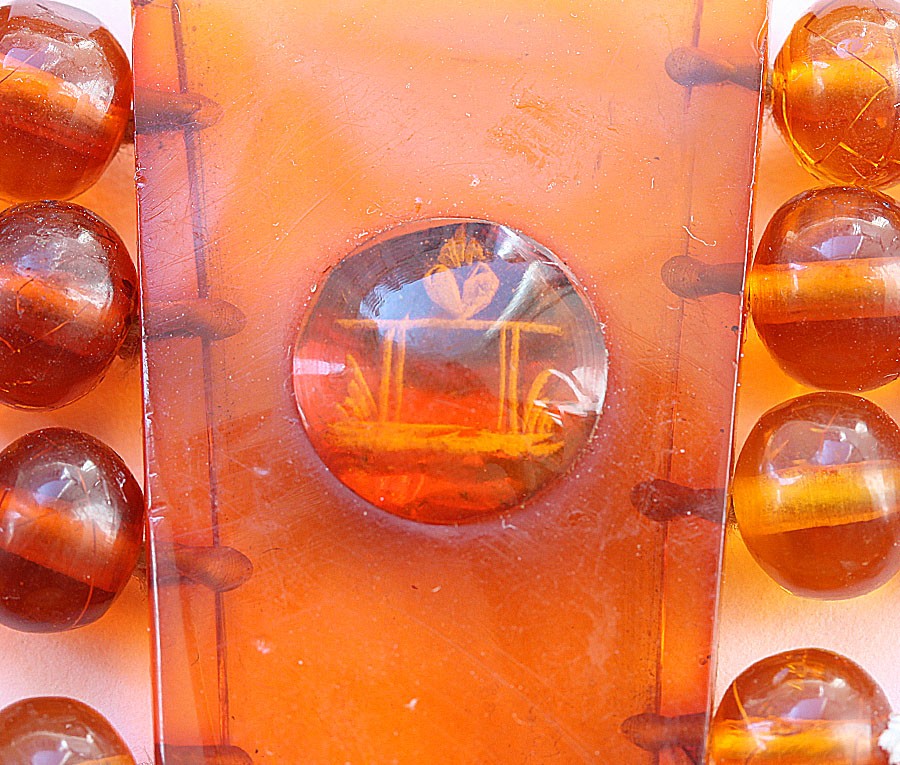 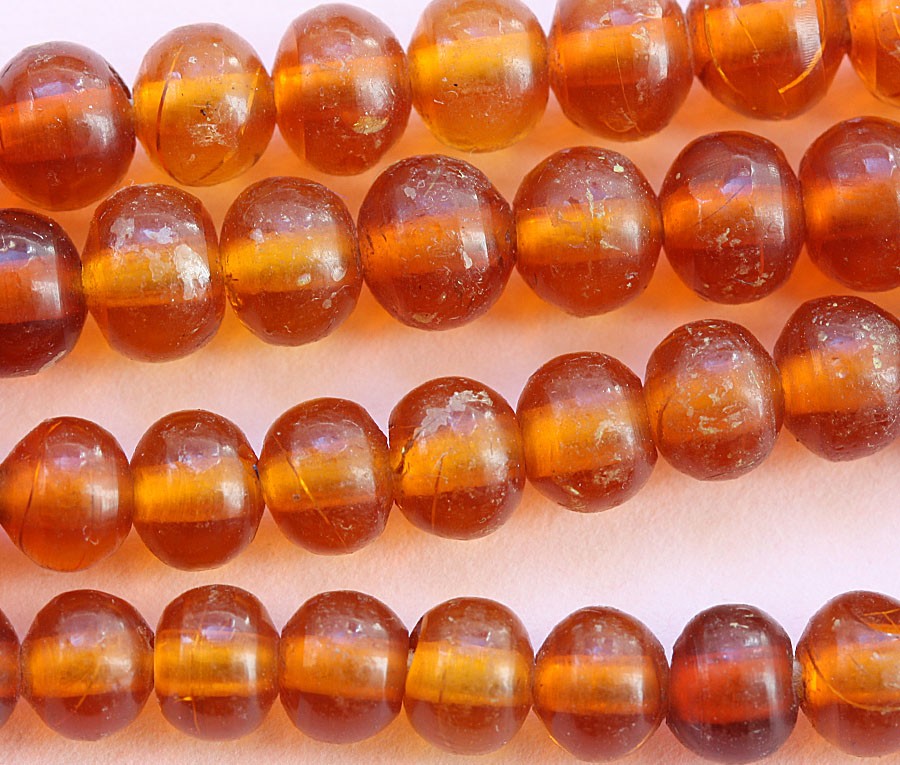 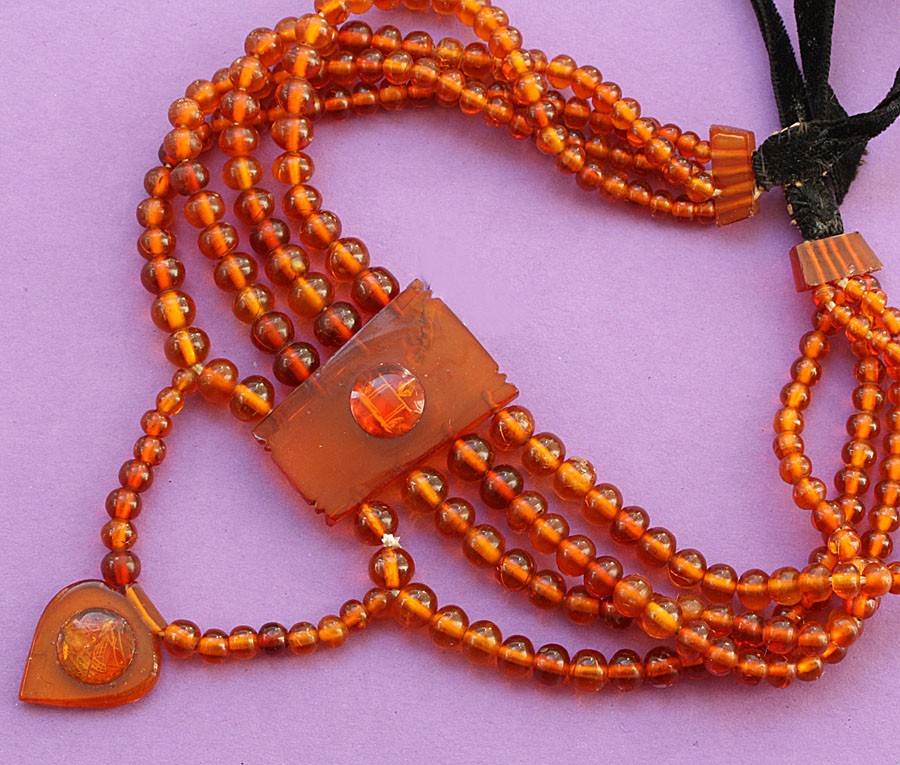 A necklace of four rows of amber – the length is adjustable with a velvet cord – decorated with two amber medallions.

Amber, once called the gold of the Baltic, is ancient fossilized resin that was primarly found floating in the Baltic Sea. In the 17th century one was obliged to give all amber found to the government under the penalty of death. The royal workshops transformed the amber in precious objets de vertu like caskets, cups and even – this is the most famous artefact – a whole room; the Amber Room, which was commissioned by Frederick I, King of Prussia in the 18th century. This room was presented to Russian Tsar Peter I and erected in the palace in Tsarkoye Selo. The complete room disappeared in World War II, but a copy was made in 2003 in the Catharina Palace in St. Petersburg.

Early amber objects are highly desirable. They are always made the transparant amber with contrasting colors or in combination with ivory.
This 19th century necklace was also made with pretty transparant sunset-colored amber decorated with two cabochon medallions carved at the back representing a burning heart and a ship (the last with a small damage). The medallions are set on gold foil to accentuate the contrast, Danzig, Poland, 19th century.